The short answer: “Orthopedic manual physical therapy decreases pain and improves mobility by acting as a mechanical stimulus to the tissue that causes transient biomechanical effects and a cascade of neurophysiological responses in the peripheral nervous system, the spinal cord, and the brain.”

Orthopedic manual physical therapy acts as a mechanical stimulus to the tissue that causes transient biomechanical effects. In other words, we have evidence that motion occurs at the targeted structures inside a patient’s body while orthopedic manual physical therapy is being performed: segments of the spine, joints, nerves, etc. have been observed to move along with the application of manual therapy techniques. However, this motion – or change in position – appears to be temporary. There is no evidence that there is a lasting change in position or that anything is being permanently pushed or popped back into place – even in the presence of tribonucleation (pops, clicks, or other noise from the joint). Granted, a dislocated shoulder, finger, kneecap, or other joint that presents with a gross visible deformity, oftentimes following trauma, may be reduced or “put back in place” manually; but, this would be the exception, not the rule. Here are a few examples of transient biomechanical effects in the research literature:

Orthopedic Manual Physical Therapy acts as a mechanical stimulus to the tissue that causes neurophysiological responses in the peripheral nervous system and spinal cord. Here are a few references:

Orthopedic Manual Physical Therapy acts as a mechanical stimulus to the tissue that causes neurophysiological responses in the brain. In other words, orthopedic manual physical therapy appears to have an effect on the brain’s activity as well. The following studies observed this effect:

Click on any of the following links for more information:

Dr. Damon Bescia is a fellowship-trained Doctor of Physical Therapy, board certified in orthopedics and sports physical therapy, who specializes in Orthopedic Manual Physical Therapy and serves Naperville and its surrounding communities by way of his Concierge Practice, providing private one-to-one orthopedic manual physical therapy for his clients. For more information, please visit https://www.napervillemanualphysicaltherapy.com.

[5] Coppieters MW, Butler DS. Do ‘sliders’ slide and ‘tensioners’ tension? An analysis of neurodynamic techniques and considerations regarding their application. Manual therapy. 2008 Jun 30;13(3):213-21.

[7] Tullberg T, Blomberg S, Branth B, Johnsson R. Manipulation does not alter the position of the sacroiliac joint: a roentgen stereophotogrammetric analysis. Spine. 1998 May 15;23(10):1124-8.

[30] McGuiness J, Vicenzino B, Wright A. Influence of a cervical mobilization technique on respiratory and cardiovascular function. Manual Therapy. 1997 Nov 1;2(4):216-20. 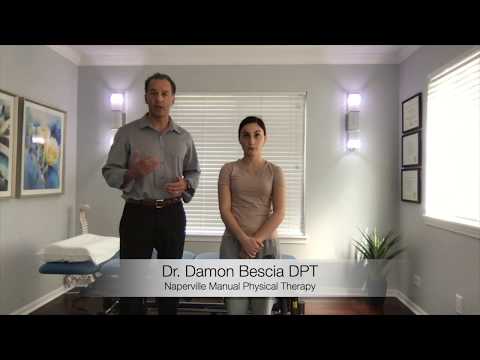 What is Orthopedic Manual Physical Therapy?

What is Orthopedic Manual Physical Therapy?

Screening for Red Flags by an Orthopedic Manual Physical Therapist

How Does Pain Work and Why Do We Hurt?

How to Choose a Physical Therapist

"Do I Need an MRI or X-ray Before Physical Therapy?"